I wrote quite a lot of articles about CSS Grid. Here are all of them, in the recommended reading order.

Hope you will enjoy them!

These days, CSS Grid appears in most tech websites, yet developers are still afraid to use it.

Many of us web developers, still hold the misconception that new features in the web take ages to mature, but this isn’t the case anymore.

To the full article on “CSS Grid for Beginners”

After gaining a lot of experience with CSS Grid, I’ve decided to share my knowledge and experience in CSS Grid methods with you.

There are a lot of ways to work with CSS Grid. CSS Grids Methods will help you get started with implementing CSS Grid quickly and easily.

To the full article on “The CSS Grid Methods”

These days, most developers know CSS Grid, but there are still lots of small missing parts, unfamiliar to many of them. In this post I will try to cover all these parts of CSS Grid. I promise you will learn new stuff!

To the full article on “Becoming CSS Grid Ninja!”

Most developers are afraid to start using CSS Grid because of browser support, but CSS grid is fully supported in all main browsers: Chrome, Firefox, Safari, Edge including their mobile versions.

The problem we still have, is supporting IE (Internet explorer).
What you might not know, is that CSS Grid was first supported in IE 10.

To the full article on “Supporting CSS Grid in Internet Explorer” 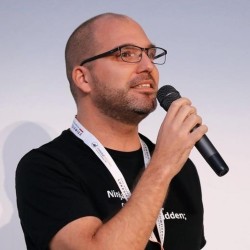